Chicory coffee is a true New Orleans treat, infusing a nutty, earthy flavor in with the beverage’s complex richness. In the Crescent City, the practice of adding chicory to coffee — or replacing it entirely — has its roots in the mid-19th century, although the French discovered this method and brought it over with them to Louisiana. It’s an invigorating way to start your day. 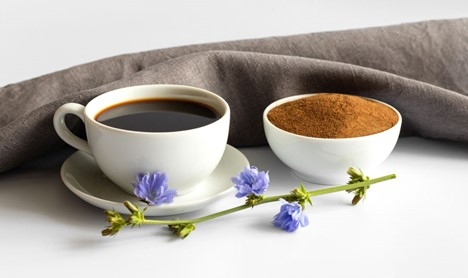 What is Chicory Coffee?

Chicory coffee may be unfamiliar to those living outside of the Big Easy.

For a primer, chicory starts as a root, from the plant Chicorium Intybus. While the plant’s leaves get picked for salads, the root is harvested to dry in a kiln and ground, during which it caramelizes and takes on a dark brown color. In the process, the root’s rather bitter taste is balanced with a touch of sweetness.

Chicory became a coffee substitute during the Continental Blockade in the early 19th century. With their coffee supply cut off, the French found that they could roast and ground the native chicory root for a similar flavor. During the Civil War, a similar scenario played out in New Orleans — a major North American coffee port during its history — and residents revived this practice. While chicory coffee died out in other areas of the United States following the war, it remained a mainstay in New Orleans and is one of the city’s definitive culinary delights today. 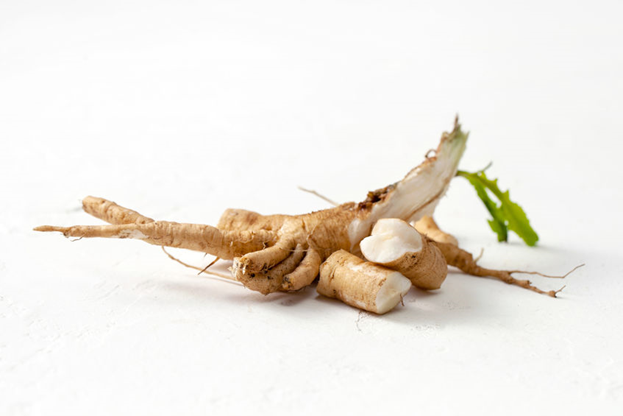 Is Chicory Coffee Good for Me?

Answering this question begins with knowing the chicory coffee benefits and nutritional content versus a typical cup of coffee.

As a tip to get started, realize that a cup of chicory coffee — the ground root by itself or mixed in with coffee — should have about two to four tablespoons per one cup of water, amounting to about 10 to 20 grams. Chicory root, raw before being roasted, is low in fat and provides about one gram of fiber for every 60g serving. It’s also a source of manganese, Vitamin B6, potassium, Vitamin C, folate and phosphorus.

Of these nutrients, fiber — through inulin, which we’ll get into shortly — can assist in weight loss and benefits gut health. Manganese and Vitamin B6 improve blood flow to the brain and offer neurological benefits.

While fiber itself is an essential nutrient, a prebiotic fiber like inulin:

Chronic inflammation can contribute to issues like diabetes, heart disease and cancer, potentially worsening existing conditions. Joining the ranks of other anti-inflammatory foods like berries, avocado and turmeric, animal-based studies have shown that chicory root possesses similar properties, particularly when incorporated into a diet long-term, and may assist with lessening swelling related to osteoarthritis.

Should I Drink Chicory Coffee?

We say yes, both for the related health benefits and definitive Crescent City flavor. Whether you want to brew chicory as a coffee substitute or mix it in for variety, this nutty, caramelized root rounds out the beverage’s flavor profile and contributes to your daily fiber intake.

Yet, chicory root, whether raw or in coffee, isn’t for everyone: 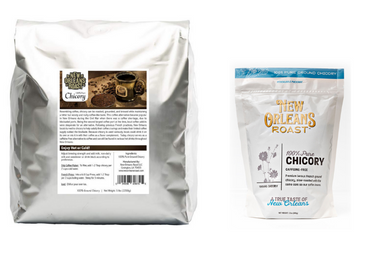 How to Make Chicory Coffee

Considering the chicory coffee perks, you might be wondering how to correctly brew it for optimal flavor and to experience a true taste of New Orleans.

With coffee: If you’re planning to enhance and add variety to your typical morning cup while including some fiber, it’s recommended that you mix two tablespoons in with your coffee before pouring water over.

By itself: Two tablespoons are sufficient for brewing chicory by itself as a coffee substitute. Because the flavor may be slightly less intense than coffee, consider adding a bit extra — or even as much as four tablespoons — for a richer, stronger taste.

Upholding the city’s coffee traditions since 2008 with the finest Arabica beans slow-roasted in small batches to bring out their flavor, New Orleans Roast™ offers Dark Roast & Chicory coffee and Ground 100% Pure Leroux French Chicory. Explore this entirely unique Crescent City beverage today, and experience it for yourself at home.