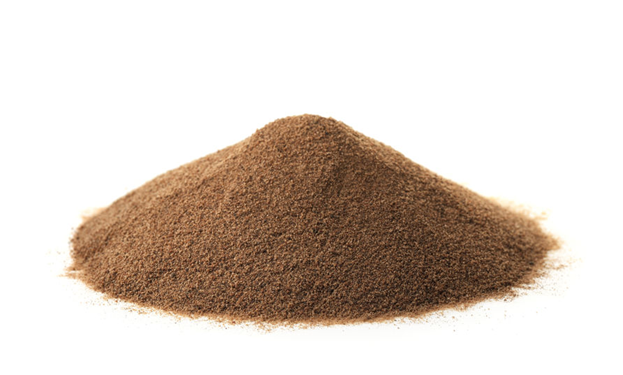 Chicory coffee is a New Orleans treat. On its own or in with roasted and ground coffee beans, it delivers an earthy, rich flavor with a touch of sweetness.

As an ingredient, chicory has historically been utilized for medicinal purposes. It’s also been a coffee substitute for thousands of years, going back to the Ancient Egyptians. More recently, it’s acted as a low-calorie substitute for sugar. This rich history attests to the plant’s versatility and frames why chicory coffee continues as a Big Easy tradition.

What is Chicory, and How is it Consumed?

Chicory comes from a plant known as the Chicorium Intybus, a leafy green bearing blue-purple, red or white flowers. Common salad greens, including radicchio, curly endive and escarole, all fall within this family. Chances are, if you’ve ever bought a pre-made spring mix, you’ve had leaves from the chicory plant (known for a somewhat bitter taste before they’re cooked).

Yet, the ground chicory in your coffee doesn’t come from this portion of the plant. Instead, it’s derived from the root. Offering a portion of high-fiber inulin, the chicory root can be roasted, which causes the root to caramelize. This brings out its sweeter qualities and lessens the plant’s bitterness. At the same time, this process turns the root a dark brown shade, similar to the color of medium-roast coffee.

Chicory as a Food

In the present, particularly in the New Orleans area, chicory is brewed as a coffee substitute or combined with coffee beans, delivering a unique, expanded flavor profile in the process.

While its origins as a food can’t be pinpointed precisely, it’s said that the Ancient Egyptians utilized it for medicinal purposes, grinding up the roots, flowers and leaves to treat a range of conditions.

Its origins as a coffee substitute, however, date back to Europe in the 18th century. Introduced by the Dutch and propagated as a non-caffeinated coffee alternative by the Germans, its claim to fame was its growing popularity in France. When the Continental Blockade sharply decreased the country’s coffee supply, many turned to ground chicory root.

The tradition carried across the Atlantic to North America, where the Acadians in Canada and then New Orleans continued to utilize it as a coffee substitute. This practice increased during the Civil War. With the coffee supply passing through the port of New Orleans suddenly cut off, the region’s population turned to chicory, but the practice didn’t die out once the war ended.

Considering New Orleans’ history of using chicory in coffee and the unique flavor that emerges once roasted, you can incorporate this ingredient through the following methods:

Chicory is more water soluble than coffee grounds, but excluding this aspect, you’ll approach the recipe the same way. For the right amount of earthiness, it’s recommended that you combine one cup of ground chicory to every two cups of water and brew with a coffee pot, filter or French press.

For a traditional New Orleans treat, serve it au lait with steamed milk.

For chicory in your coffee, the ratio depends on how much coffee you wish to substitute. This can range from 1:1 to 4:1. The more you add, the stronger the chicory flavor will be.

For tea, consider combining chicory with various herbs and spices, brewing it like any loose-leaf blend. The result here will be similar to a black tea with more earthy undertones.

Anyone who grills or smokes meat has likely heard of a coffee rub. For these recipes, coffee grounds are mixed in with other ingredients before the cook coats the piece of meat in their rub or seasoning. The result offers a degree of intensity and depth, and ground chicory takes this to the next level, adding chocolate, caramel and wood notes.

To make a chicory rub or seasoning, you’ll want to buy it roasted and ground to stir into a combination of salty, sweet and spicy ingredients. Consider mixing it with onion, garlic, salt, sugar and cayenne or black pepper before you experiment with additional flavors.

For Baking Pies and Cakes

As a starting point, any baking recipe that lists coffee for flavoring in the batter, filling or icing can be substituted with chicory, preferably brewed before being added to the recipe.

Yet, beyond the flavor component, ground chicory can serve as a high-fiber, low-calorie substitute for the following ingredients:

Interested in using chicory in your beverage, to bake or to season and grill meats? Find ground chicory in 12-oz. or five-pound bags now at New Orleans Roast™. Get chicory coffee that’s ready to brew with our Dark Roast & Chicory coffee, made with the top 1% of Arabica beans and small-batch roasted right in the city.